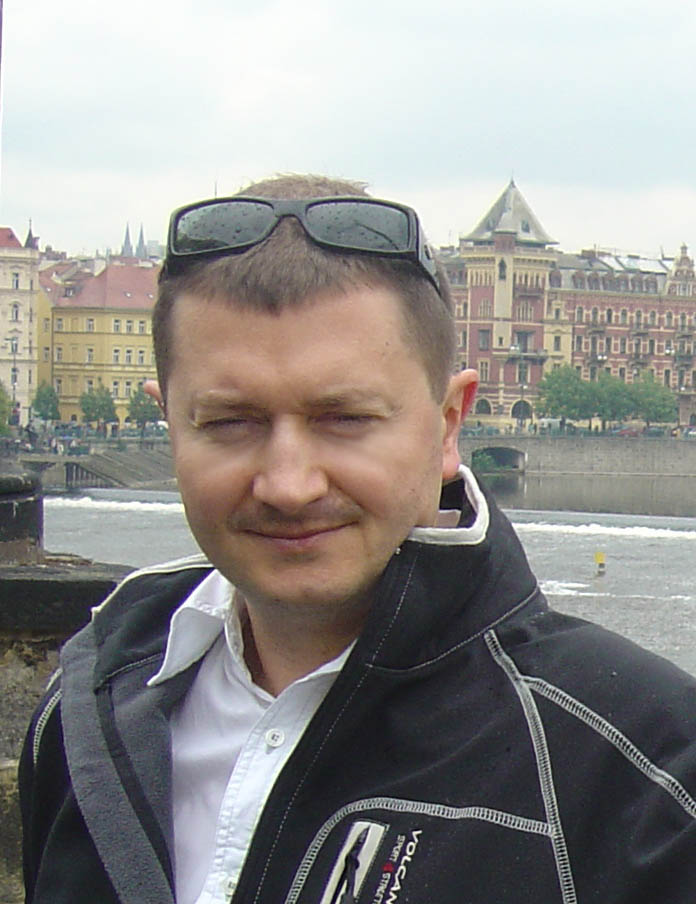 Director of the Institute of Biology

The team researches the nucleus’s functional domains (nuclear bodies) connected with mRNA and snRNA metabolism. Our research interests are mainly concerned with evolutionarily conserved domains of the nucleus – the Cajal bodies (CBs). Our team study the regulation of expression during gametogenesis in plants. We want to focus on nuclear retention of mRNA and the newly-discovered role of post-transcriptional splicing and its role in regulating gene expression during the development and differentiation of cells. Understanding this mechanism will contribute significantly to understanding the processes involved in the maturation of germ cells in plants and post-transcriptional regulation of mRNA expression in eukaryotic cells. 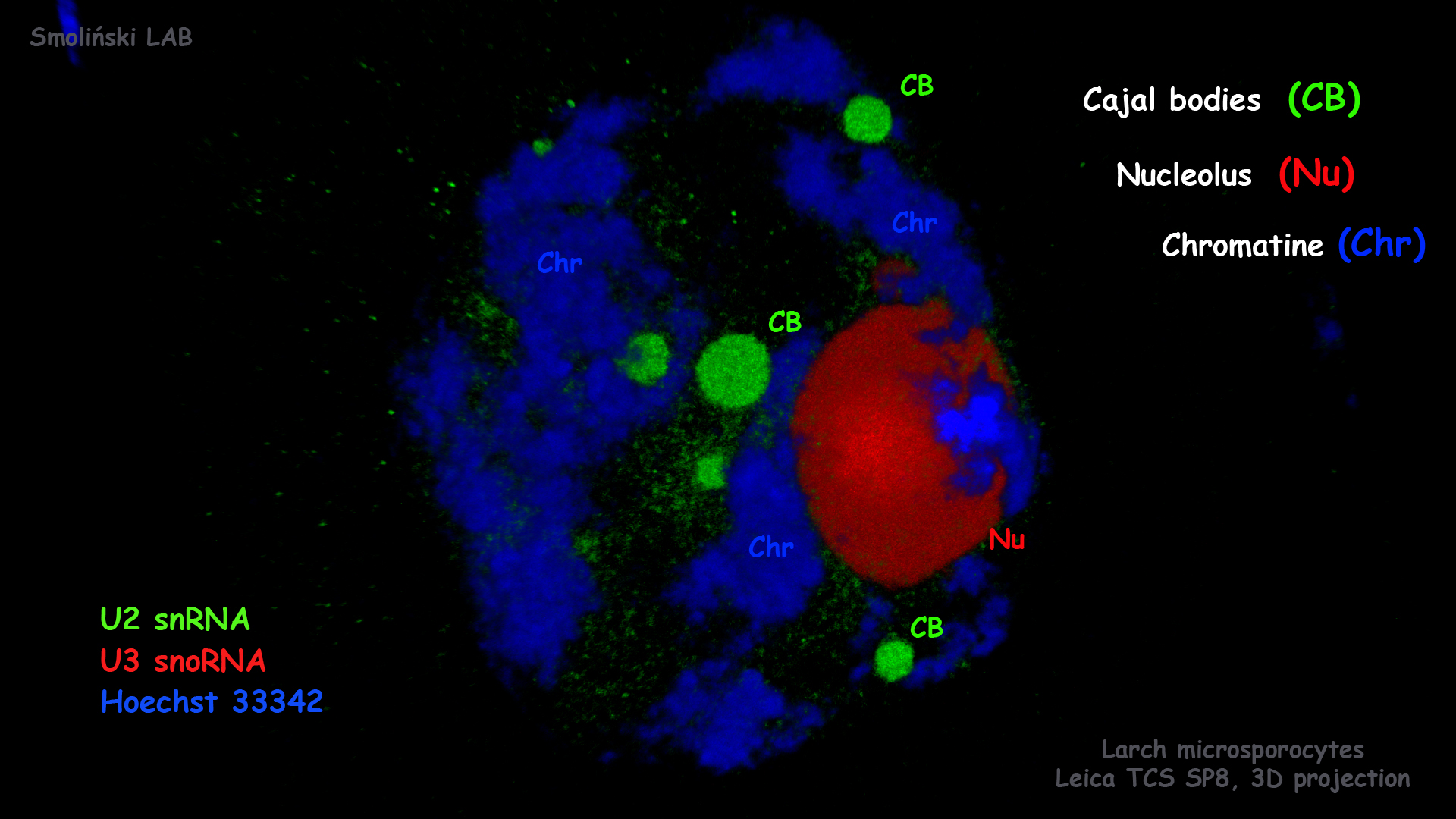 The cell cycle of snRNPs. One of the issues our team is examining is the connection between the appearance of cytoplasmatic bodies containing the snRNP components CsBs and the formation of new CBs. This research will provide new insights into the spatial regulation of crucial steps of small nuclear ribonucleoprotein assembly and maturation within a cell (hypothetical model– video1).

A new role of CBs in pre-mRNA metabolism. The essence of the problem is the new role of the Cajal bodies associated with the accumulation of mRNA transcripts in CBs. This is related to a more general problem of nuclear retention of mRNA ( video2  & video3 ). The results of this study will give a vast body of data on the involvement of the CBs in the regulation of mRNA expression in eukaryotic cells. 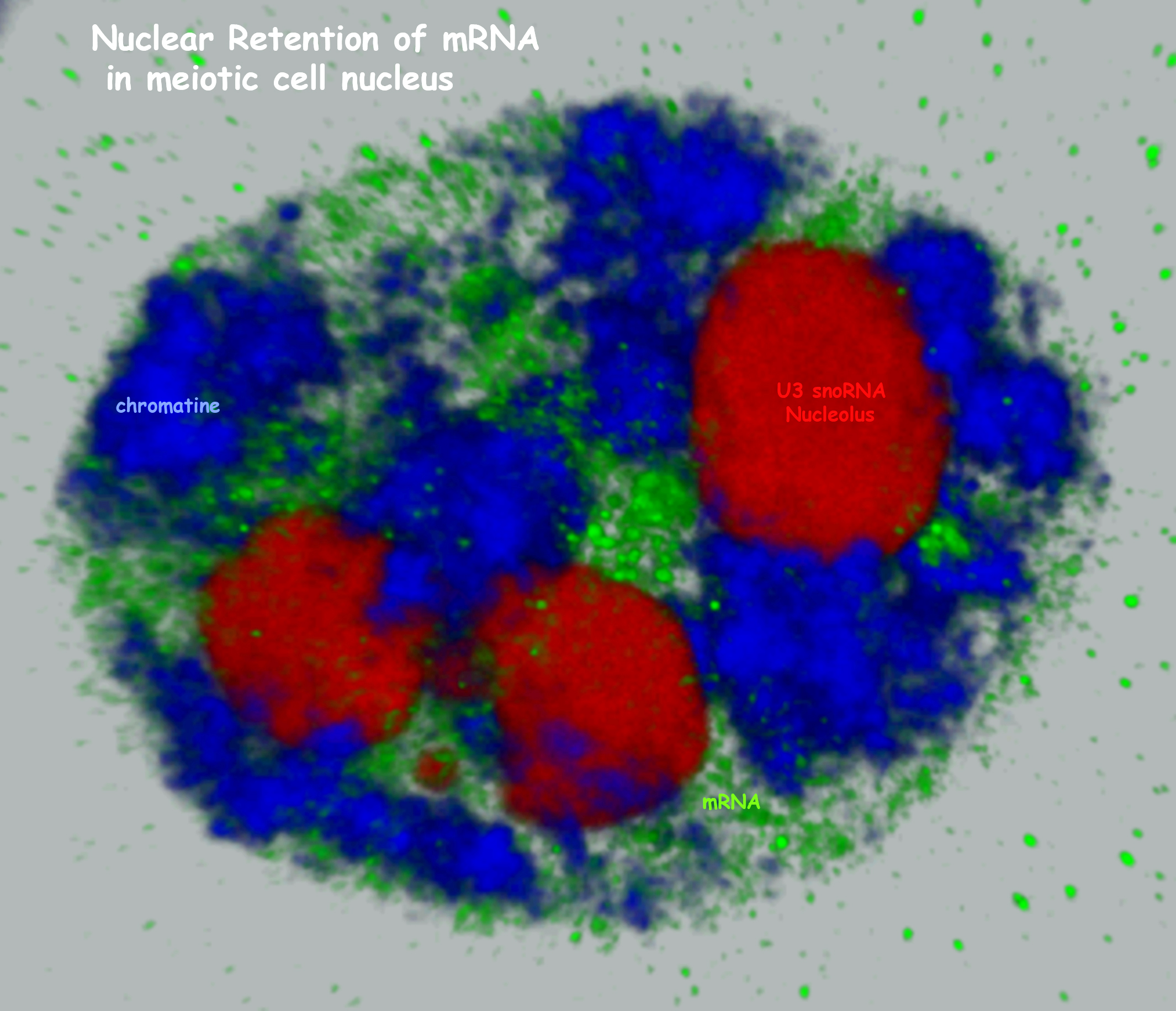 miRNA biogenesis. The team also participates in research on the synthesis and maturation of microRNA (miRNA). Regulation of the expression of mRNA is crucial for the proper development of the organism. miRNAs are small non-coding RNAs of 21 nucleotides in length that play an essential role in effectively lowering the expression level of target mRNAs. Thus, they directly influence the regulation of cellular metabolism. Methylation of adenosine m6A is an important epigenetic modification that influences the expression level of various types of RNA in both plants and animals. The research published in PNAS (Bhat et al. 2020) focused mainly on the impact of this modification on the maturation of miRNA precursors. The study showed that m6A methylation is necessary to maintain an appropriate level of mature miRNA molecules and their precursors. It also turned out that the MTA protein interacts with other proteins involved in miRNA biogenesis, namely the miRNA-synthesizing enzyme (RNA Polymerase II) and the RNA-binding protein (TOUGH protein). It has also been shown that modulation of miRNA levels by m6A methylation influences hormonal (auxin) signaling responsible for the regulation of plant growth and development processes.

The latest research shows that the processing of pre-miRNAs in plants takes place co-transcriptionally (Gonzalo et al. 2021, Gonzalo et al. 2022) . In plants, the genes encoding miRNAs are mostly independent transcription units transcribed by RNA polymerase II as long primary precursors (pri-miRNAs). The plant pri-miRNAs are processed to mature miRNAs entirely in the cell nucleus by Microprocessor’s multi-subunit complex. The pri-miRNA-containing signals co-localize with RNA polymerase II, newly synthesized transcripts, and the main Microprocessor proteins: SERRATE, HYL1, and DCL-1. The results of these studies also show that plant miRNA biogenesis is coupled to transcription in a process that relies on the formation of DNA: RNA hybrids (R-loops) between the nascent transcript and the encoding loci. This data demonstrates an unexpected function for R-loops promoting RNA processing (Nature news & views).

In our new manuscript, we reveal the existence of the interplay between the co-transcriptional assembly of Microprocessor and RNA polymerase II (RNAPII) transcription (Stepien et al. 2022). We showed that the Arabidopsis PRP40 protein, the auxiliary protein of U1 snRNP, coordinates RNAPII activity and co-transcriptional assembly of The microprocessor on miRNA genes. Our results reveal the communication between transcription and miRNA biogenesis in plants and point out the auxiliary protein of U1 as a factor regulating this interplay.

Chromatin-based regulation of gene expression during meiotic prophase I. A diplotene diffusion stage has been observed in many plant species. Interestingly, they have also been observed during spermiogenesis and oogenesis in animals. In the European larch, the diplotene stage lasts approximately five months, and it is possible to divide it into several substages and observe each of them in detail. Larch microsporocytes display changes in chromatin morphology during this stage, alternating between 4 short stages of chromatin condensation (contraction) and five longer diffusions (relaxation) stages. Our research reveals a correlation between chromatin decondensation and transcriptional activity. A similar meiotic process was observed during oogenesis in animals. This indicates an evolutionarily conserved mechanism of chromatin-based regulation of gene expression during meiotic prophase I. 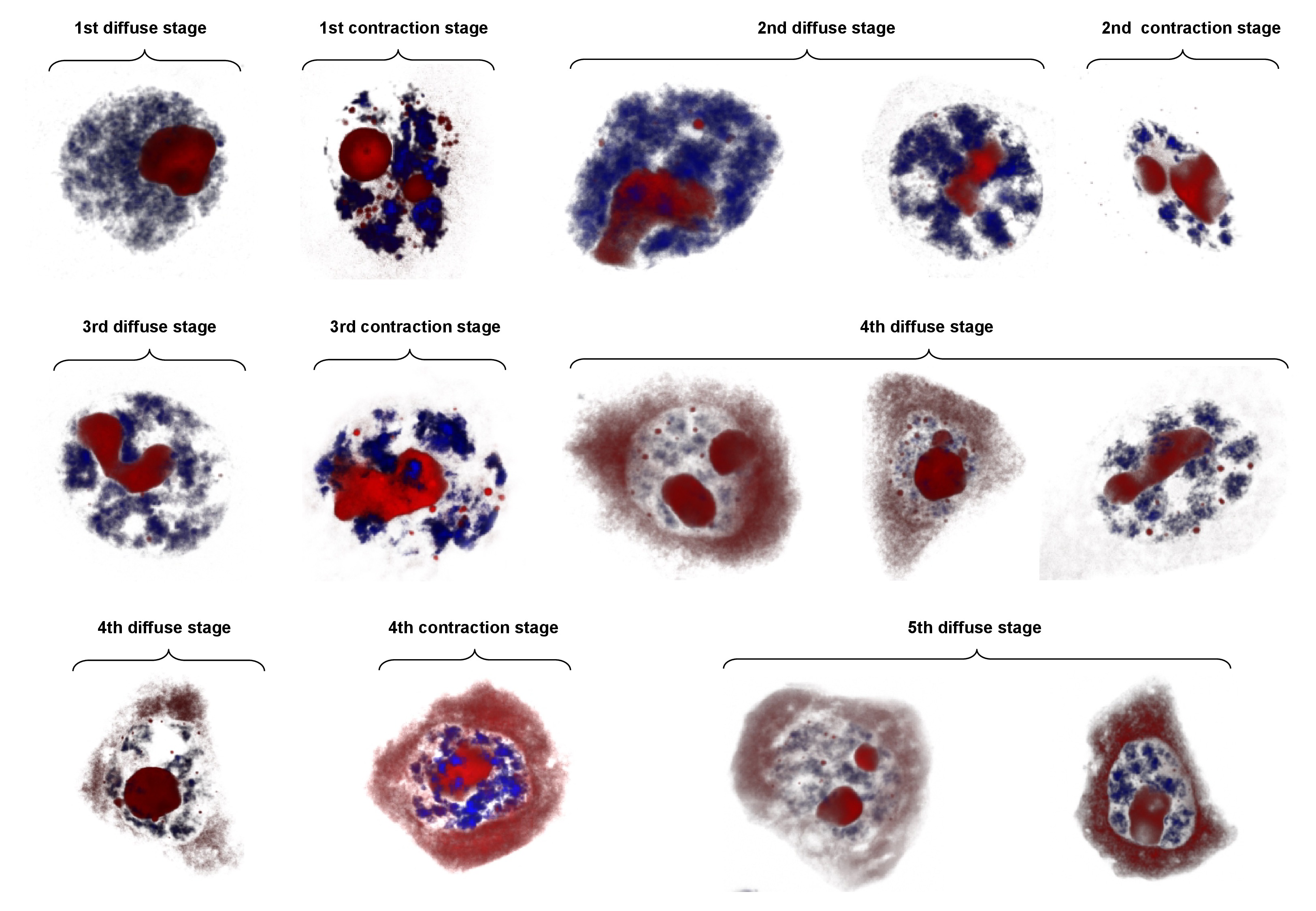 These studies are not only basic research but also practical. Our research is also carried out in the Centre for Modern Interdisciplinary Technologies Nicolaus Copernicus University in Torun (ICNT) as a Bio-Imaging Lab. Understanding the mechanisms involved in the normal development of gametes that enable proper fertilization can afford to obtain high-quality seeds of such economically essential plants as European larch.